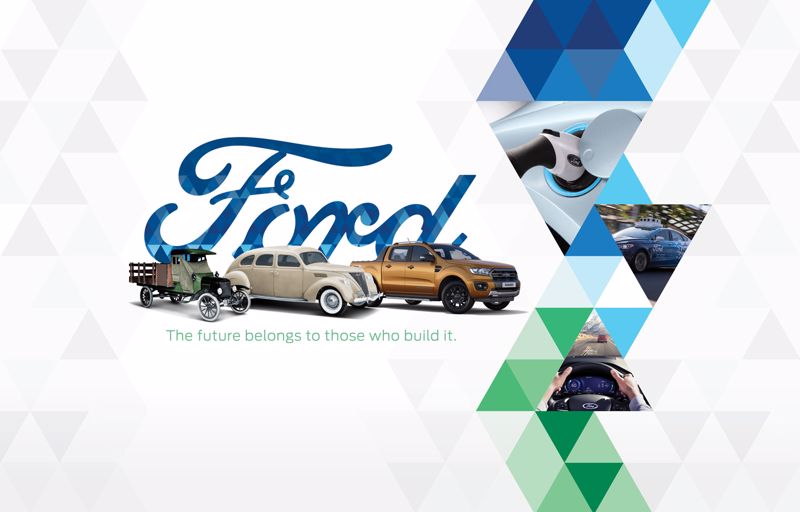 AUCKLAND, 5 June 2019 – Ford New Zealand is launching an entertaining new campaign that celebrates the profound way Ford innovation has become embedded in Kiwi culture over more than 100 years of working together.

The new brand campaign incorporates a number of significant New Zealand cultural moments involving Ford, with the message ‘the future belongs to those who build it’.

“We wanted to remind people of Ford’s strong heritage in New Zealand. Our vehicles have been available here since 1907 and, since then, Ford has become part of the fabric of our society and will continue to help Kiwis go further in the future,” says Simon Rutherford, Managing Director for Ford New Zealand.

Among the moments highlighted is the sensational Kiwi success at Le Mans, France in 1966, when Ford played a starring role in one of New Zealand’s greatest international sporting triumphs. On that day, Kiwi drivers Bruce McLaren and Chris Amon drove a Ford GT40 Mark II to victory on the racetrack.

In addition, both police cars and tractors from New Zealand’s past appear in the new campaign.

The New Zealand Police relied on Ford, with the Ford Zephyr patrol car becoming iconic in the early 1970s.

The Fordson Major tractor was assembled right here in New Zealand, becoming one of the mainstay workhorses of Kiwi farming. Over time, Fordson tractors were even adapted in New Zealand for use on logging railways.

“Over the years, Ford has brought a number of important innovations to the car market that shape how it works today,” says Rutherford.

“In this marketing campaign, we wanted to focus on the technology Ford has made available to everyday Kiwis over the years. This also points to the future, as innovation at Ford continues unabated.”

In recent years, Ford has set industry benchmarks in fuel efficiency, safety and performance, and put innovative new technologies within reach of everyday people. The car maker is set to introduce new electric vehicles in the near future starting with the All New Escape PHEV that is coming to New Zealand shores in 2020.

Today, Ford continues to hold a special place in the heart of New Zealanders. Every year since 2015, the top-selling new vehicle in the country is a Ford – the Ford Ranger.

The new campaign, launched on 2 June, is the first major Ford campaign in New Zealand since the company appointed BBDO as its new lead creative agency globally last year.

Belinda Dick, Group Business Director at BBDO in Auckland, says the aim of this campaign is to use the past to reinforce the exciting position Ford holds for the future.

‘The future belongs to those who build it’

“Our thinking is that if you want to know what the future holds, it pays to start at the beginning, with what Ford has already achieved. True to the Kiwi spirit, our campaign centres on the idea that the future belongs to those who build it.”

The campaign will be based on a two-minute promotional video supported by shorter television commercials, as well as online and print advertisements.

The new Ford New Zealand brand campaign can be viewed at www.ford.co.nz/future.